Get fresh music recommendations delivered to your inbox every Friday.
We've updated our Terms of Use. You can review the changes here.

by VNV Nation (and the Babelsberg Film Orchestra) 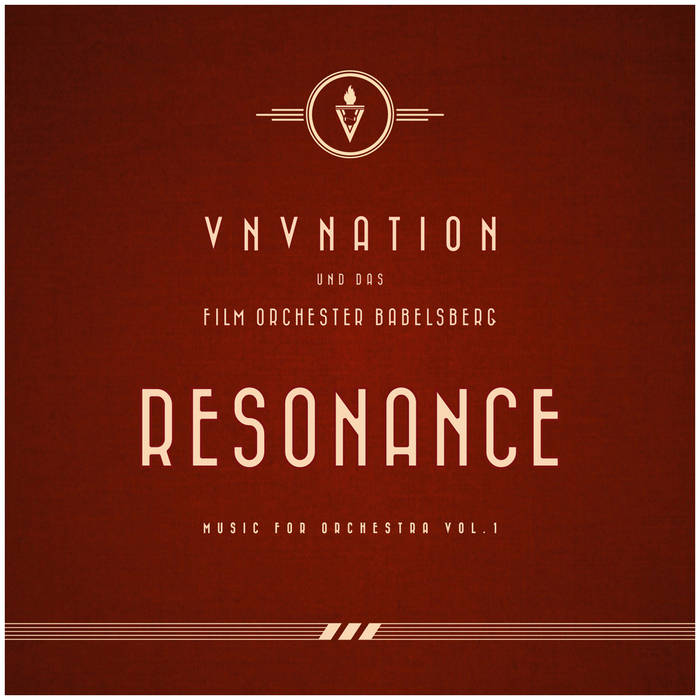 Bladetrain3r This song is powerful enough to bring one to tears, no matter what version you listen to. I didn't know I needed orchestral VNV nation in my life, and I think everyone does. Favorite track: Illusion (Andante grazioso).

Lee Symes One of the most Underrated bands of all time. Ronan's voice carries clarity and purpose in every performance he gives. Never stop! Favorite track: Further (Andante appassionato).
more...

Resonance marks the most prestigious moment so far in VNV Nation’s career. Years in the planning, the album features many of the best known VNV Nation songs, performed purely with Orchestra and Voice. No other studio instruments were used as the goal was for the release to be as authentic as possible.

Only the best studios were used for the recording, mixing and mastering. The results speak for themselves and can only be described as majestic. This is a soundtrack to a film that has yet to be made.

Detailed information about the recordings, arrangements and musicians can be found in the digital booklet available with the full album here on Bandcamp.

VNV Nation is a European based alternative electronic project led by Ronan Harris.

Live shows are legendary for the energy and positive emotion.

The last 3 albums charted top 10 in Germany, as well as top 5 Billboard Chart positions in the US. ... more

Bandcamp Daily  your guide to the world of Bandcamp

The Hammer and The Relentless from the Boston band Malleus stop by for a chat.